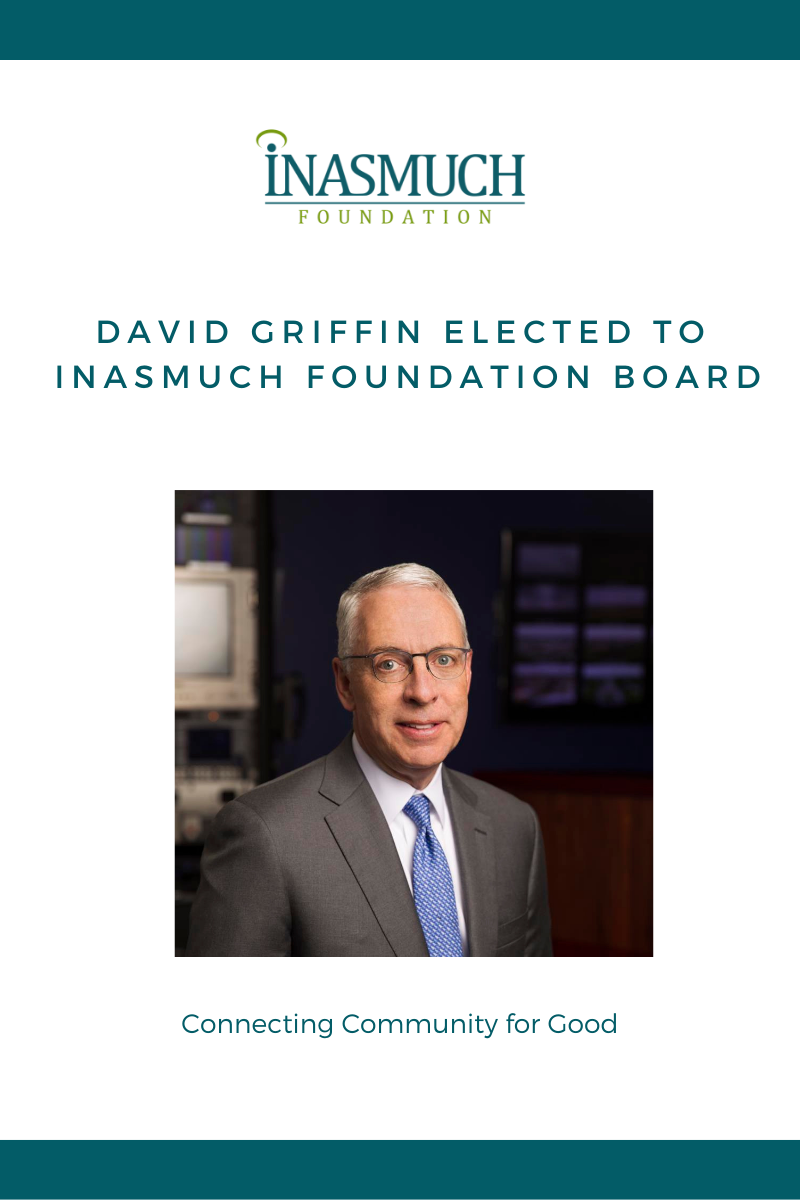 “David brings valuable business expertise, as well as extensive knowledge of Oklahoma’s media landscape” said Robert J. Ross, Chairman and CEO of Inasmuch Foundation.  “He is a perfect fit to join the foundation’s board as we increase our commitment to Oklahoma journalism.”

A native Oklahoman, Griffin graduated from the University of Oklahoma in 1988 and has played a role managing the family business since 1990, serving as President and CEO since 2001.  Griffin Communications is among a few privately held media companies in the country and solely focuses its resources in the state of Oklahoma.

“David’s compassion for his fellow Oklahomans is evident through both Griffin Communication’s philanthropy and his family’s personal giving” said Ross.  “We are thrilled David is adding Inasmuch Foundation to his substantial community service.”

Griffin and his wife Kirsten reside in Oklahoma City and are involved in numerous charitable causes.